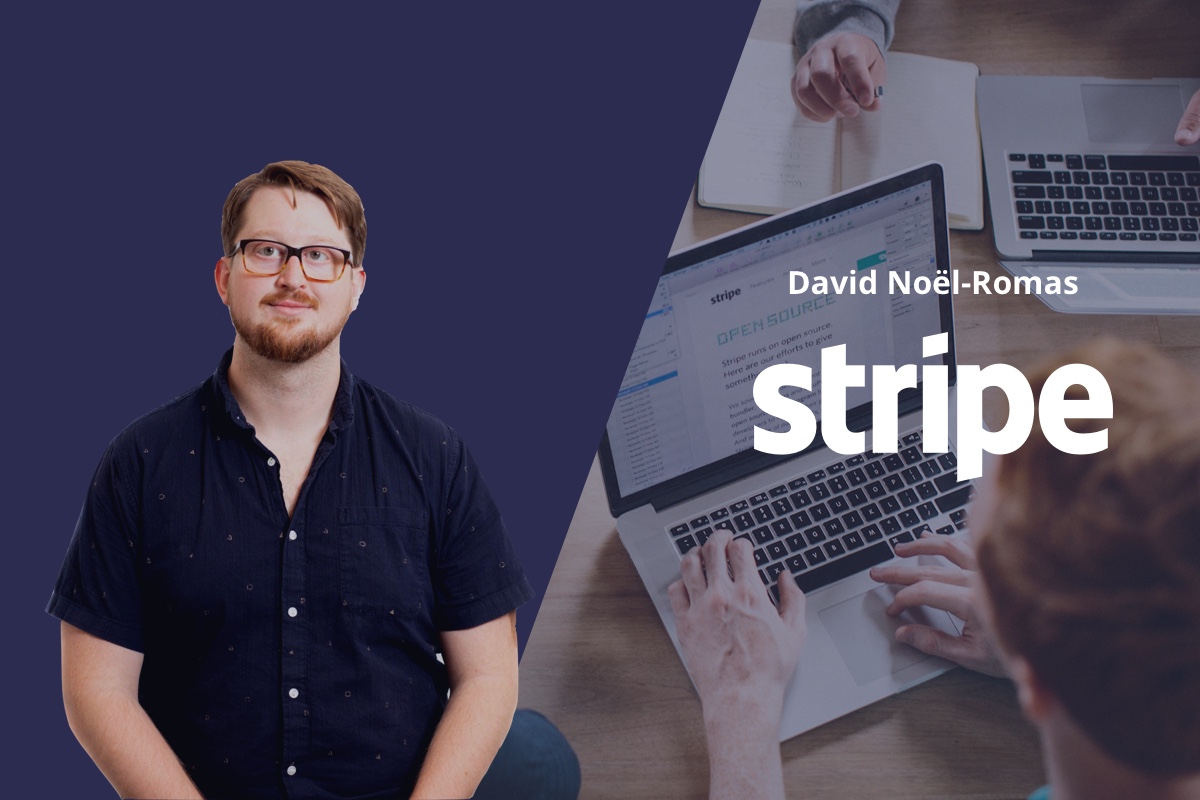 Building a company with teams in offices and remote sometimes can feel like an impossible task. Nonetheless, Stripe went ahead with this route and made it work. As they expand more globally, they have publicly named 'Remote' as one of their new engineering hubs. Today, Stripe employs engineers around the world. We talked to remote Stripe Engineer David Noël-Romas about his experience working in a global hybrid team, working from Winnipeg, Canada – a place that is over 1,800 miles away from his coworkers.

There are a variety of things that make the hybrid approach to remote work (one part of the team in the office, one remote) one of the most loved and hated approaches to remote work. Done well, it can be a great way to enlarge your hiring pool and make your organization better and more organized. Done badly, it can quickly become a time and money sink as collaboration and communication issues arise – sometimes with the outcome that remote work is no longer an option.

In our talk with David, we learn more about how Stripe – an organization with over 2,000 employees that are largely US-based – handles this issue, working across timezones, countries and continents.

"Remote workers have access to the same communication channels"

Hey David! You are a remote engineer at Stripe, which has their HQ in San Francisco but offices worldwide including Dublin, Paris, Melbourne, NYC and much more. Where are you based? Why not in one of these offices?

I’m based in Winnipeg, Canada. It certainly doesn’t have the same cachet as some of those cities, but it’s my home and it’s where my family and friends are. (It’s also a fun place to be!)

With which office (or members of the office) do you collaborate the most often? Is there a time zone difference?

How is communication happening at Stripe? For one between offices, but also between remote workers and offices?

The fact that Stripe is a global company means that remote workers have access to the same communication channels as anyone else at the company; in order to be inclusive of folks working remotely/in different offices/across different time zones, in-person communication often takes a back seat to asynchronous written communication, and Slack/Zoom enable synchronous communications quite well the rest of the time.

I still think it’s super important to get together in-person with colleagues at least some of the time, but this is less about communication and more about building relationships. I try to visit SF once every few months for this reason.

"To some extend, cultural segmentation between offices is ok!"

The ‘hybrid’ organization of companies like Stripe is often criticized for big splits in culture and team feeling between locations and remote workers, do you see this issue yourself, where co-located team members might be more friendly with each other?

Where it gets bad is when there’s an “us vs them” approach, and that isn’t unique to geographic distinctions by any stretch; for example, there are lots of horror stories in tech of the “engineer vs sales” cliques that can occur. One of the things I really like about Stripe is that they embrace the former (unique cultures in various global offices, a unique remote culture, etc) while successfully avoiding the latter. In other words, yes I think there are differences in culture between remote workers and in-office workers, but I genuinely feel the same amount of friendliness with everyone on my team regardless of where they’re located.

Again, though, I think that getting together IRL periodically really helps with this. It’s hard to explain the difference that this makes, but it does.

Do you have any other observations when it comes to ‘local’ vs. ‘remote’? Do you or your teammates have advantages or disadvantages?

When I started at Stripe over a year ago, I was really concerned that being remote would be a disadvantage, since I’d had bad experiences in the past with companies that had the combination of in-office and remote team members. In practice, that has not been an issue. There are certainly advantages and disadvantages, but most of them are superficial (getting to hang out with my cats all day vs. attending our weekly Q&A sessions in-person, participating in hackathons in-person vs. online, etc).

Some people worry about missing out on “water cooler talk” but I’ve found that it works to just be a bit more intentional about scheduling those conversations from time to time; for example, I often set up casual one-on-ones with my teammates, with flexible agendas that are not strictly work-related.

Do you prefer being remote vs. working from the office?

How often do you see your teammates in-person? How often on calls?

About once a quarter in-person, every day or two on calls.

Do you ever have super late or super early meetings?

Nope! My colleagues respect my working hours and I respect theirs. I would be happy to make an exception should the need arise, but so far it has not.

Do you get any extra benefits being a remote worker? For example budgets for all those amenities you’d get in an office (snack, possibly even lunch, …)

Not particularly. Stripe makes sure that we have all the resources and tools that we need for a productive work environment, whether at home or in a co-working space, and other than that the only difference in being a remote worker at Stripe is that we don’t show up at an office regularly.