How to make daily standups work in remote teams 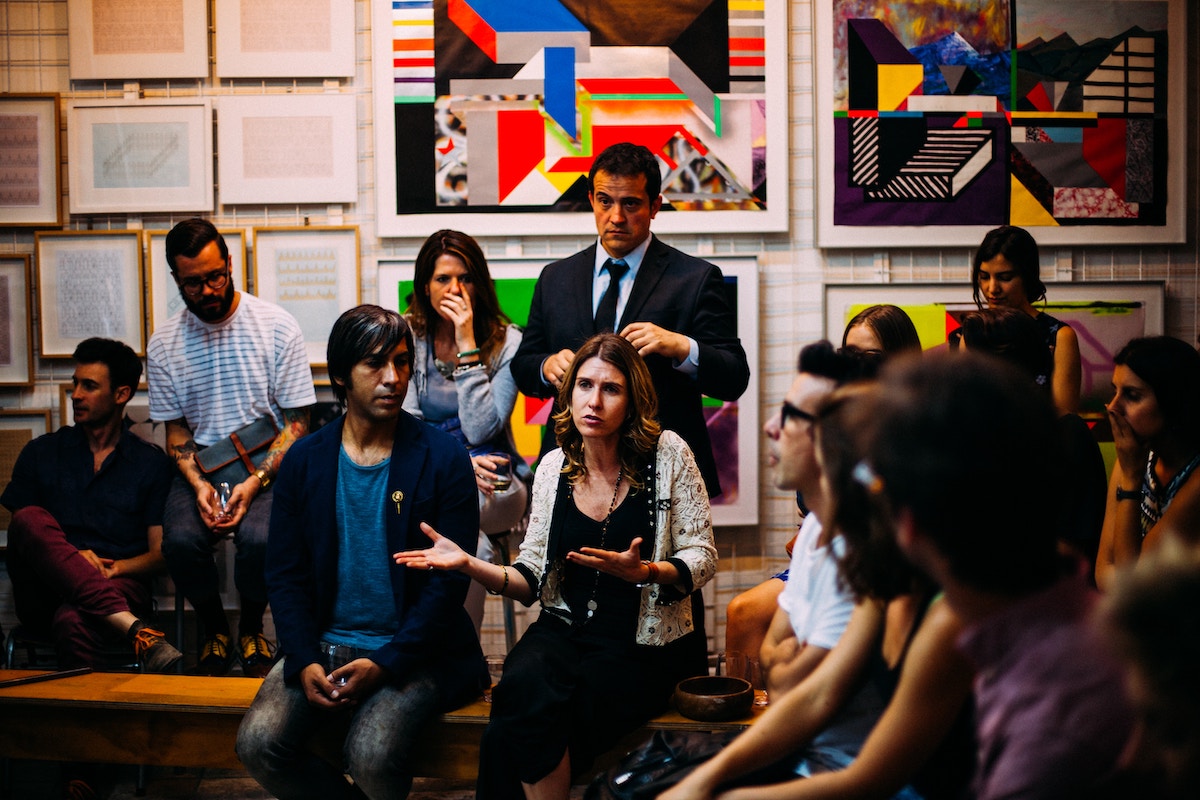 With a team distributed amongst timezones and locations, getting everybody online for a daily standup – a common routine in modern teams – can become increasingly difficult. As a remote team grows, having a 10 to 15-minute meeting every day can feel unproductive and dated, and requires a lot more preparation time than just a few minutes. Here's the issue about daily standups in a remote setting and how to make them work.

Why do teams do "daily standups"?

Standups are a central part of the modern agile software team organization stack. There are multiple definitions of what goes into a standup meeting and how it is conducted, and it differs from team to team. In general, we define a daily standup as a short meeting that happens every day.

This meeting is usually set to a very specific time within a day. It's tradition to do it first thing in the morning, but many companies opt for a daily standup meeting before lunch or at the end of the day, to adhere to differences in schedules.

During a daily standup, the team gathers in a casual setting, often not even in a meeting room and gives every participant a bit of time – usually under 2-3 minutes – to give a short status update. The updates consist of a fairly standardized format: What did I do yesterday? What am I stuck with? What am I going to do today?

The goal of this meeting is to keep every member of your team in the loop. This form of meeting is often appreciated by managers because it gives an easy and quick way to recap the last day. Good daily standups are usually over within 10 to 15 minutes and deliver material for managers to individually follow up with teams or specific members.

It's also culturally a great way to start or end the day together, see everyone's face at least once and break the usual routine of sitting at a desk.

The issue with doing remote standups

As with many things, it doesn't always work the same when your team is distributed around the globe. Especially timezones play a big factor of course. If you conduct an early morning standup in the US west coast, it's closer to lunch in the east coast, it's evening in Europe and the middle of the night in Asia – it's simply not as effective.

If your team is largely in one place, doing daily standups usually works out. As soon as you hire your first person in another part of the world, it usually means that this person needs to join those hangouts during late or uncommon hours. If you do your standup at 10 am on the West Coast, that means that a team member in Germany needs to join every day at 7 pm for a 10-minute meeting. Your team member in India joins it at 10.30 pm. That doesn't seem fair and might even be illegal in some jurisdictions (without proper added compensation or time off). Even if the employee is okay with it, it often means that your team members are working long or odd hours, which comes with an increased risk of burnout and lower energy levels on the following day.

Doing a standup seems like a quick thing. Gather everyone, pull it through in 10 minutes or so, and get working again. This assumption is often wrong. Even if you gather around local employees, that means you're either dragging them out of deep work, or they might postpone their deep work block before the meeting. You're already losing productivity.

For remote employees, this effect is even more obvious: For a 10-minute meeting, you might be watching the clock a few minutes before the meeting already. Then, during the meeting, you need to shift your focus from work to your communication tool. There is a certain delay until everybody is joined, and then the meeting is started. You're likely spending 20+ minutes per member on every 10-minute meeting. That seems insane.

A common question for these standups is: Wouldn't this be more productive in writing? Most senior engineers say yes, and feel like the roundabout update form is rather unproductive. Standups as first thing in the morning (or last thing, very late in the evening) also tend to come with a loss of focus. Furthermore, remote employees can drift off, look at something on another screen, while co-located employees can't. While face-to-face time is still achieved, it might not have the advantage you were hoping for.

How to make remote standups work out

Simply put, remote work and daily fixed standups don't always mix. Our suggestion is to have some fun with your face-to-face times instead. GitLab is utilizing more casual breakout or group calls to do so. RemoteHQ hangs out in a shared video call channel, that people can join in at any time.

If you're not up for that at all, here are some quick tips on how to make standups work out better.

Switch up the agenda, and write it down

Traditionally, standups happen in a very casual and unplanned manner. If you want to get some more productivity out of this, handle the raw updates over chat before the standup. Many of the things that people share do not have to be said and shared in a short meeting. Create a standup channel in your chatroom and share updates there.

Out of that, create an agenda (written down!) of things you'll have to discuss in the standup. Make it a discussion that people can chime in, one-on-one discussions can be done somewhere else. This makes standups more interesting, makes people engaged, and you're probably coming out of it with a more productive outcome.

Start and end on time

The schedule is crucial! There's nothing worse than joining a late-night meeting and having to wait 20 minutes for it to start. It's also usually not fair to have your remote employees join in at late nights, while HQ or core members can join in at a relaxed time. Switch the schedule up, do a morning standup and/or an afternoon standup, and consider the timezones. Not everyone has to always join, and that's okay.

Which leads us to the last point. Don't be dependent on it. As your team grows, you will have a harder time getting everyone into a meeting. Having the face-to-face time is fine, but all information should be available somewhere else too:

As always, adjust this advice to how your team works. We've seen remote standups work great for local teams (even locally distributed). If a team member is a true night owl, this might even work with a US-based team and a remote member in Asia, even though the timezones are far apart. As your team scales, your flexibility is getting smaller though. Starting earlier with good practices will help you down the road.

When asked about their biggest challenges in remote work, 40% of our responders said 'Communication'. So, what's the issue?

There are many ways to provide feedback on work done remotely, but it’s crucial to ensure that both parties understand how to give feedback constructively. Whether you’re giving feedback to your boss or your employees, let’s explore what you should know about providing constructive feedback.

Slack has changed the game for team communication, but when it comes to remote work, it has some crucial design flaws. How can you overcome them?