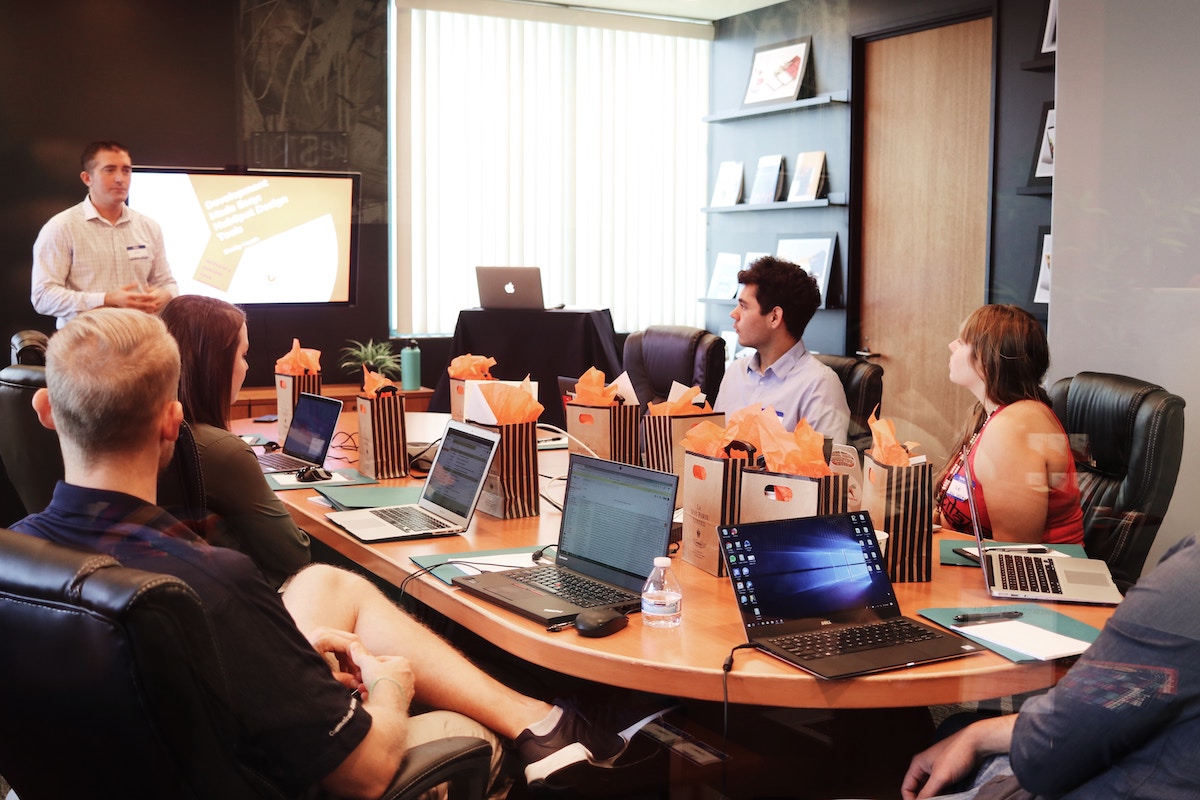 Even co-located meetings can be a little messy and unorganized, but with remote workers and online clients involved, things can get out of hand quickly. It's a little harder to keep folks interested in front of their screens, and other than with most co-located meetings, there's often no natural end to them (like a coffee break, for example).

Plus, depending on your setup your remote employees might join from other timezones, where it's late at night or early in the morning. They might join in-between things, might for example plan to head out to dinner after the meeting. Things need to start and end on time.

When and how to schedule a remote meeting

Timezones are a tricky thing. Once you have a few locations and timezones in a group together, you should probably use a scheduling tool, rather than trying to go back-and-forth with everyone. Folks in the space are even working on automatic scheduling bots that review calendar availabilities, locations, timezones, working times and preferences of each participant. It might save you a ton of time.

Big meetings are a no-go in a remote setting. It's hard enough to get 2 or 3 timezones on the same page, once you start mixing in more timezones and schedules, it gets virtually impossible for everyone to join. One strategy is to keep things small, do important team meetings with a maximum of 6-8 people. Another strategy is to keep meetings as a way to exchange, discuss and create face-to-face time, but keeping it optional and announce major changes and action points over an async medium after the fact.

Finally, respect people's working times. Having recurring meetings during late nights or early mornings leads to unhappiness and a lack of work-life balance, which you would want to prevent.

Preparing an agenda for a remote videoconference

A meeting shouldn't start without a detailed agenda. GitLab CEO Sid Sijbradij recommends to shut down any meeting that doesn't have an agenda attached beforehand.

The benefit of a timed agenda is that folks can add their bullet points to the list before the meeting, and you might even be able to resolve certain points in an async manner before the meeting even starts. You can create the agenda on a medium where folks can contribute in real-time, such as Google Docs or Todoist, to get the full benefit of that system.

Agendas work best when they are time scheduled. It helps to wrap up certain discussions at their given time and keep things on track. It also helps participants estimate the duration of a meeting – seeing for how long and how actively they are bound to the screen.

Without an agenda, you risk a meeting going off the rails and that employees will have to leave the meeting before the end, losing their insights and inputs.

Meeting etiquette is a set of ground rules that folks should follow during your meeting. For example, you can try and get everyone to join with their camera on. It makes the rare face-to-face time 100x more effective and is a great way to convey emotions when folks aren't in the same room. A must-do is to make sure that the standard is that people are muted – you don't want to have multiple distracting sounds during your meeting.

Secondly, it's recommended that people join with their own devices, rather than joining all together from a big meeting room if people are in the same place. Naturally, people in the same room will talk over folks that are joining online and will be able to leverage their added influence to get their point across better. It also leads to unrelated chatter and issues with understanding, that wouldn't be the case when doing a fully remote meeting. Everyone joining from their device, despite sitting near each other, can feel odd but is going to deliver the best results.

Keep your sentences short, and provide time for interjections or questions between sentences. There is nothing more infuriating than not being able to bring an argument across, especially with a few milliseconds of lag. Be clear in your words, don't mumble and prioritize directed requests over undirected requests (say: Hey Jen, what's the status on the next release, not: Hey guys, ....).

Writing a follow-up to a remote meeting

A meeting in the remote work is never fully concluded when the call ends. You might have had people drop connections at some point, might have been unclear in your pronunciation and people might not have been able to participate for any or some of the meeting.

After a call has concluded, it's a good manner to provide the following:

Writing a summary is a tedious task. If you had a written agenda beforehand, that makes things easier and allows you to fill in the gaps during the meeting. It's also good practice for folks to add notes to the agenda if they plan to ask questions so that you can recall the flow of the meeting better.