Settling it once and for all: Are remote workers more productive? 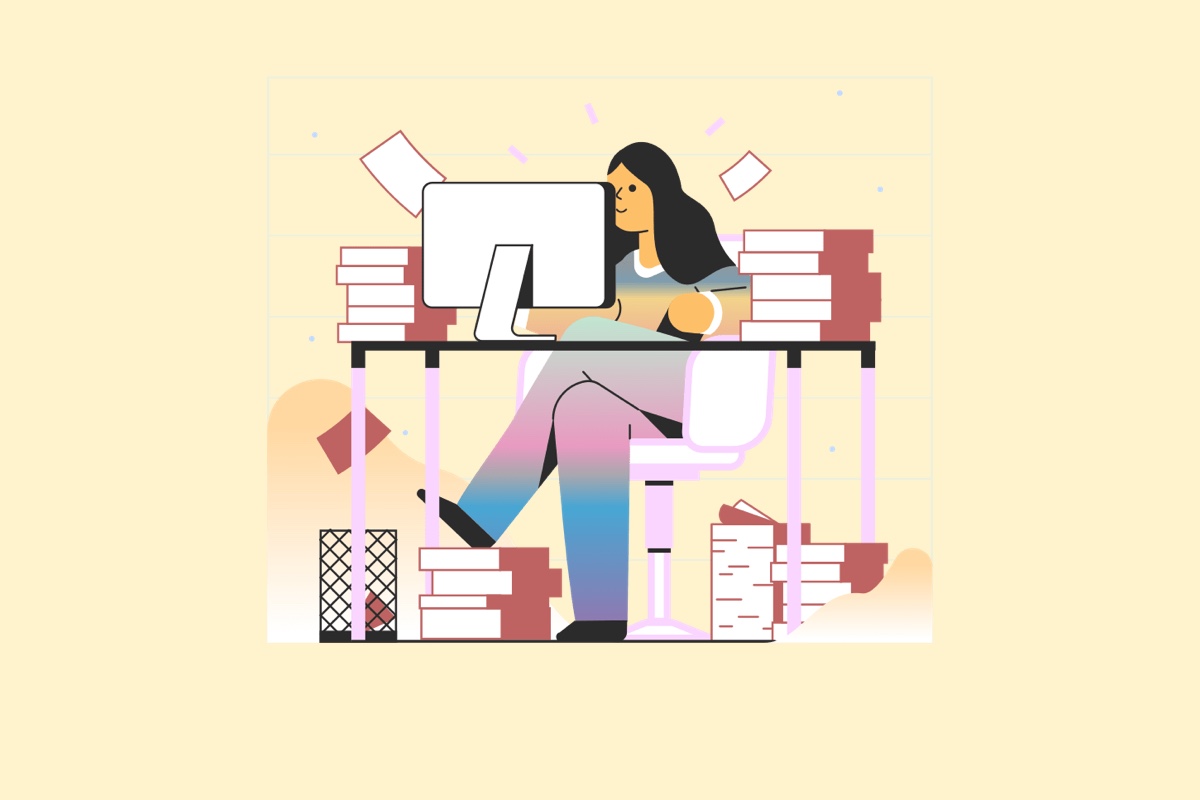 Remote work is becoming the long-term reality for a lot of office workers, much to the displeasure of remote work critics. For years, critics have been dismissive of remote work and worries about culture, productivity and output have flared up from time to time over the past few years. The COVID-19 crisis only made matters worse: People had to move from an office-centric workplace to home, employers were overwhelmed and tried to keep up presence times, people were stressed anyways by the unknown and on top of that, suddenly had spouses and kids at home all day as well. Productivity was at it's worst.

Now that people have calmed down a little, the question of whether remote work is really as productive occupies the mind of many founders. Many of them have learned how to communicate with other mediums than only in face-to-face meetings and people have settled into a routine, so how does it stand about productivity?

How we measure productivity

What's 'productivity' exactly? Hours spent at the desk? Lines of code written? It's important to get the fundamentals right before arguing about them.

Consistency also directly ties into motivation and focus. You might be able to work long hours and get a ton of tasks done, but not for long. Over a longer period of time, calm and consistent work wins the game.

Furthermore, consistency depends on team values and position. Are your engineers mostly code wranglers and need to push out new features as soon as possible? So be it. However, if you want your engineers to have their minds in the product realms and produce amazing user experiences, maybe that's the wrong measure and discourages brainstorming sessions. 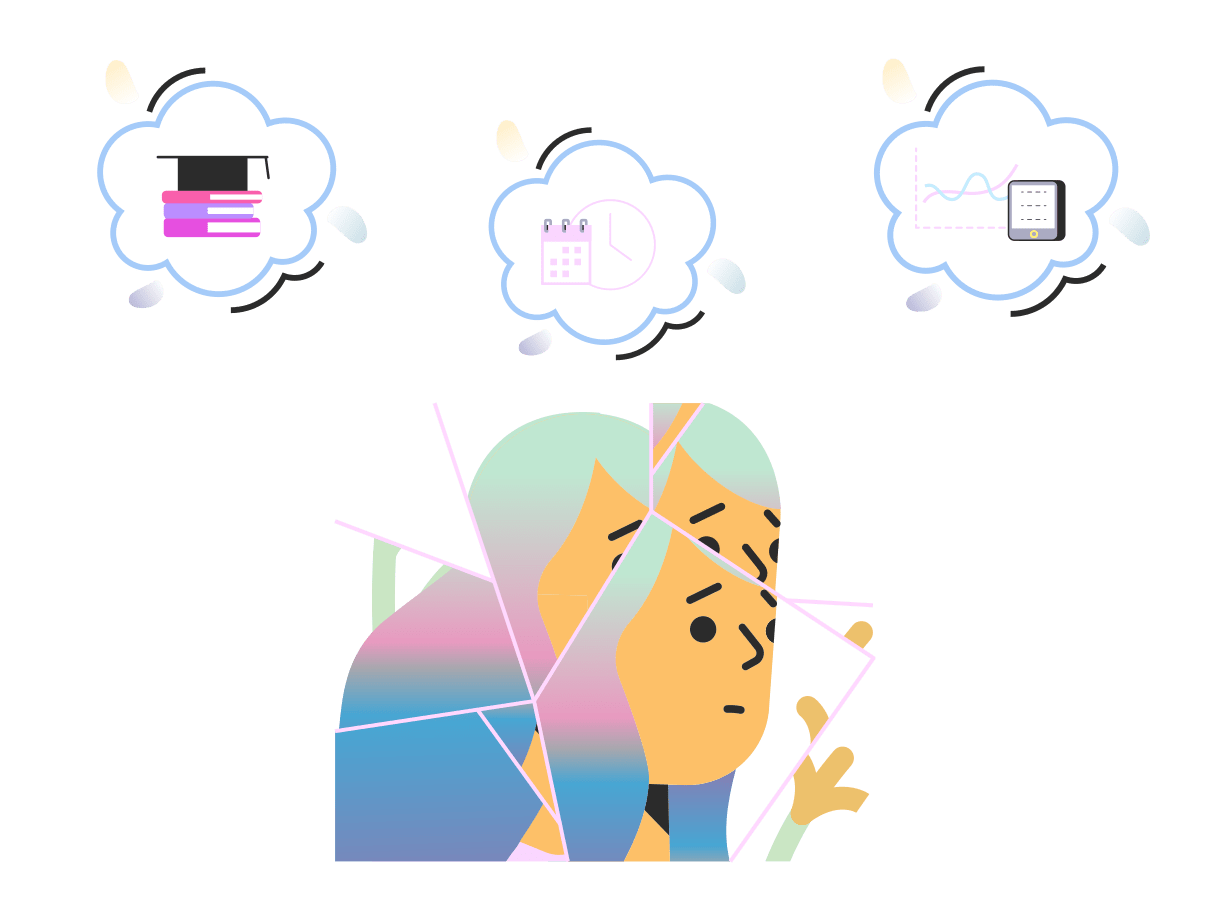 Illustration by Maria Shukshina from Icons8

Are your customer support agents just there to tick off tickets? Then that's your measure. However, if you want customer support to create delightful experiences and spend an appropriate amount of time on each customer to make sure they get it right, maybe the success rate is a better metric.

That being said, most research in the space is using measurable and generalized metrics, like the per-worker GDP. That's not water-tight either but helps with measuring things.

Why time is a bad measure for remote work productivity

In one of my first office jobs, time was a big piece of how our productivity was measured. We were asked to be in the office latest by 8.30 am, keep to a schedule and usually not leave work before 5.30 pm. Even though it was probably the period I spent most of the time on work-related activities (it took me 45 minutes each way to get there as well), it was also my most unproductive. The 5.30 pm cut-off time was almost depressing and no matter whether I had a light migraine, felt drained of creativity or just didn't have anything to do, I'd sit at my workplace to be productive.

This may sound unreasonable and yet, when I was looking over research for this piece, plenty of articles and papers were talking about "time spent at work" as a proxy for productivity. It was argued that remote workers tend to spend more than 9 hours in active work and must therefore be more productive. Another piece argued that remote workers suffer from distractions and actually only spend 6.5 hours actively at work in a given day – 23 minutes less than their in-office counterparts – and therefore must be less productive.

As we talked before, productivity can be measured with long-term effectiveness and culture- and position-specific metrics. While time plays a big part in those, it doesn't make sense to measure time alone.

Even though time is not a definitive measure of productivity, it is one factor in the formula of effectiveness. While work-from-home systems also tend to increase the overall time spent at work, often leading to struggles with work-life balance and burnout, it also increases the amount of productive time within an 8-hour workday.

For once, commuting is no longer an issue. Work-from-home workers can, well, work from home or take the commute to one of the closest co-working offices around to make sure they don't need to be stuck in traffic for an hour or two each day. That doesn't only increase the amount of free time, but also enables good habits to form, like getting enough sleep or starting the day with a jog.

During the day, it is more difficult to pull remote workers out of their focus zone and pulling them into a meeting or conversation they don't actually need to be in. Even though meetings still happen, it's also easier to log yourself out or passively listen to the conversation, while getting a bit of work done. A recent study found that workers from home can regularly increase their productive time by 13%, measured by quantifiable tasks alone, due to less in-office distractions and higher focus.

Set the course for a more productive environment

A prerequisite for increasing productivity and efficient time is a productive working environment. The same way that many people feel strongly about cubicles and the open floor office plan regarding productivity, there are similar principles for remote work. In general, we describe certain workflows that benefit remote workers (and office workers alike) as remote-first. However, even beyond that, it's important to acknowledge the common struggles of remote workers and looking for a way to increase productivity for everyone.

A common reason why managers and founders find the change to remote work un-productive is because they are limiting their employees' capabilities by introducing unproductive measures, such as presence or fixed time slots. Here's what you can change to create a better working environment.

The CEO of GitLab, a global enterprise with over 1,000 remote employees said it best: "Timezones are the bane of our existence". It's true: If there's one thing that makes remote work more undesirable than their in-office counterpart, then it is the timezones.

However, most teams appreciate this trade-off and are more than ready to do it. The solution to overcome timezones is right up there in the previous paragraph: Write things down, document them, keep them asynchronously.

Remote workers tend to burn out, quickly. What seems like a frustrating statistic, actually has a reasonable explanation: remote workers also work way too many hours. With work often only one room away, it's easier to check back into your inbox or Slack space late at night. Owl Labs have found that remote workers spend over 40 hours at work each week far more often than their office counterparts.

There's a bright side as well: They often do it because they are in the moment and enjoy their work, rather than because it's required of them. The social pressure of sitting at your desk is gone, but the pull is still there. 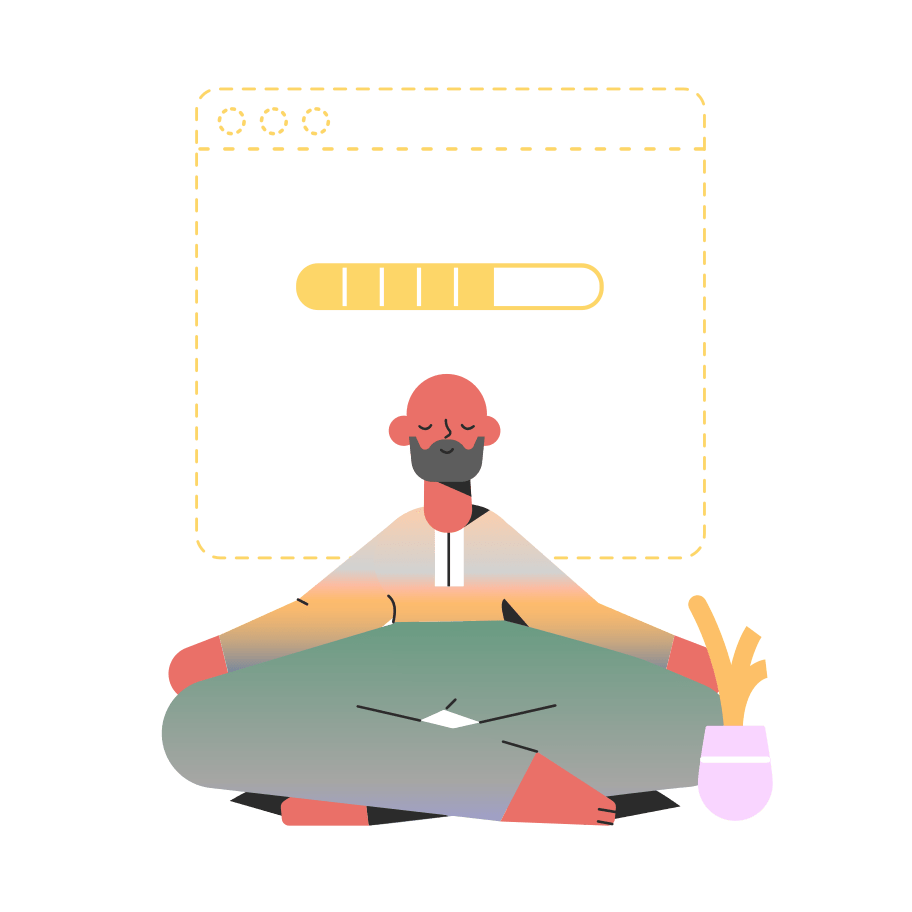 Illustration by Maria Shukshina from Icons8

Even more important it is then to normalize breaks and encourage people to take time off or at least spend their evenings and nights away from the desk.

Turning people into their own managers

Remote work is all about trust. While many managers can't let the micro-managing go, even when remote, it's really difficult to keep it up.

The most successful remote teams are turning employees into their own managers. That doesn't mean that they don't have KPIs to follow or goals to reach, but that they have the required freedom and trust to make their own decisions when needed. Especially coupled with asynchronous communication, that helps to get projects and decisions unstuck and moving forward better and faster.

This also means that you need to have really good people on board. Good remote workers have the discipline and leadership qualities that it takes to make decisions independently and communicating clearly with the rest of the team.

People perform at their best when they are happy and enjoy what they do. Increasing and keeping up engagement is a big challenge for many teams, but it doesn't have to be.

Engagement usually drops if people don't feel like they are welcome or part of the loop. By bringing discussions, decisions and socialization online, it automatically increases the engagement of everyone.

That has a nice side-effect: people find peers at work, they are more active in group discussions, more open to events and less likely to feel lonely and therefore more effective for longer. It's a win-win!

Are remote workers more productive than their in-office counterparts?

However, things aren't always as easy as we describe them. Building lasting habits like exercising, socializing and taking breaks needs a bit of work and not everyone can make it.

For those struggling with habits, the office builds a public group accountability system, which gets let down as soon as people get remote, so what can happen? Our days are getting unstructured, we lose sight of our responsibilities, it gets harder to get things done.

For people falling into this trap, productivity suffers. It's harder to carve out productive time and seemingly impossible to stay concentrated.

So, to answer your question, is remote work more productive?

The big emphasis is on the right habits and workflows. Remote workers are not more productive without having their habits in order, avoiding stress symptoms or being under constant surveillance. It's important to create a culture where work is measured by output and breaks, as well as work-life separation, is not only encouraged but required.

(2022) Top Wellness Activities for Remote Employees for Every Interest

Remote employees have personalities ranging from introverts to extroverts and those in between. This article contains wellness activities for individuals and groups as a perk activity. Choose from different activities so your employees know that you value their health and well-being.

Do You Need a Remote Virtual Office?

New tools for remote work are popping up daily, but the current trend are virtual offices – spaces that are supposed to make remote teams feel like they are co-located. But does that make sense?

In 2020, we were happy to have talked to 94 (!) remote tool companies about what they are up to. With more than a dozen we talked a little closer and many of them we've shown you. These are our wishes for the next year.